Many depth psychotherapists view depressions as a “gift”, a rather paradoxical concept it would seem, but the idea inherent in such a formulation is that depression allows us to slow down, sometimes to stop completely, to look deeply within, to listen very carefully to what the Soul may be trying to communicate to us through our symptoms.  That is, our symptoms are forms of communication; they tell us that something is out of bala 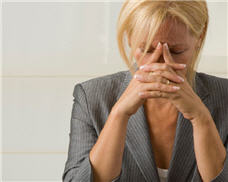 nce.  Along with our dreams, they often point the way toward a better existence.  They may reveal a hidden purpose in our lives, something of which we have previously been unaware and toward which we may direct our energies in the service of personal growth, the better welfare of our families, and perhaps even in the welfare of our fellow human beings.

In order for transformation to occur, there must be a period of regression or vulnerability; depression is often the Soul’s way of moving us backward before awakening us to insight and change.  The psychotherapist is in a unique position, an objective and empathic witness who provides a safe and supportive vessel in which we may negotiate these often dark and treacherouswaters on our way to a new sense of self.

Not everyone who is depressed experiences every symptom. Some people experience a few symptoms, some many. Severity of symptoms varies with individuals and also varies over time.

Major depression is a serious medical condition.  According to the American Psychiatric Association, 20.9 million American adults suffer from a depressive illness of some kind.  Depressive illnesses often interfere with normal functioning and cause pain and suffering not only to those who have a disorder, but also to those who care about them. Serious depression can destroy family life as well as the life of the affected person. But much of this suffering is unnecessary, as most people with depressive illness do not seektreatment. 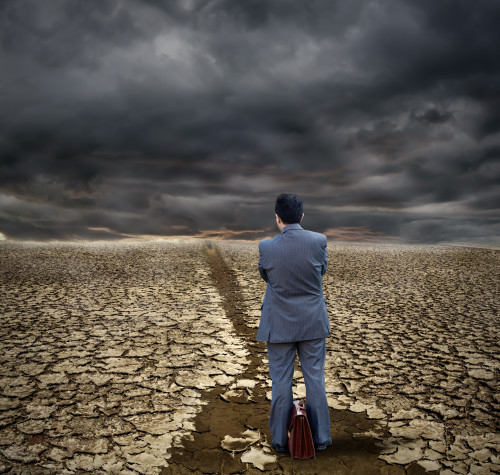 Considering the fact that depression is a significant public health concern, and despite the increased openness with which the topic has been addressed in the media, there remains for many persons a great stigma attached to the label of “depression”.  Ours is a society which is inherently optimistic; we consider ourselves to be endowed with a strong work ethic, which has as its ultimate goal the highly idealized “American Dream”: a safe, stable, and “happy” family who own our own homes and are surrounded with the material possessions which we have acquired through our own hard work.  We value competence and competition, efficiency and individual responsibility, economic success and technological advancement.  All of these things may come at a high price to our mental and physical well-being.
A depressive disorder is an illness that involves the body, mood, and thoughts. It affects the way a person eats and sleeps, the way one feels about oneself, and the way one thinks about things.  A depressive disorder is not the sameas a passing blue mood. It is not a sign of personal weakness or a condition that can be willed or wished away.  People with a depressive illness cannot merely “pull themselves together” and get better.  This is a common misperception which only serves to perpetuate thevicious cycle of depression.  Depression simply defies the great American notion of “rugged individualism”, that heroic view which states that history is forged by individuals who overcome extraordinary circumstances to achieve great ends from which many generationsmay benefit.

Although the exact causes of depression are unknown, it may be due to a chemical imbalance in the brain. Serotonin and norepinephrine are two chemicals used by some nerve cells to communicate. These chemicals, called neurotransmitters, are thought to be linked to depression. Therefore, medications that affect these neurotransmitters may play a role in treating depression. 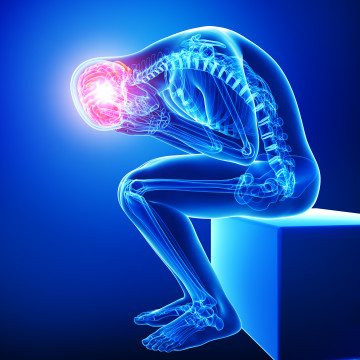 A person may experience symptoms of depression suddenly, for no apparent reason, or after a life-changing event or medical illness. Some types of depression run in families, suggesting that a biological vulnerability may be inherited.  In some families, major depression seems to occur generation after generation. However, it can also occur in people who have no family history of depression. Whether inherited or not, major depressive disorder is often associated with changes in brain structures or brain function.

People who have low self-esteem, who consistently view themselves and the world with pessimism or who are readily overwhelmed by stress, are prone to depression. Whether this represents a psychological predisposition or an early form of the illness is not clear. 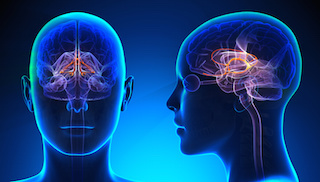 In recent years, researchers have shown that physical changes in the body can be accompanied by mental changes as well. Medical illnesses such as stroke, a heart attack, cancer, Parkinson’s disease, and hormonal disorders can cause depressive illness, making the sick person apathetic and unwilling to care for his or her physical needs, thus prolonging the recovery period. Also, a serious loss, difficult relationship, financial problem, or any stressful (unwelcome or even desired—move, job promotion, etc.) change in life patterns can trigger a depressive episode. Very often, a combination of genetic, psychological, and environmental factors is involved in the onset of a depressive disorder.

Whatever the causes of depression and whatever the intensity of depressive symptoms, psychotherapy, often in combination with appropriate medication, has been found to be very effective in treating this “disorder”.  Some psychological theories posit that the roots of depression are often to be found in repressed childhood trauma; some schools of thought focus on patterns of negative or distorted thinking that interfere with successful functioning.